We have 325 guests and no members online 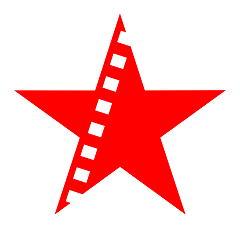 The Santa Cruz chapter of the Peace and Freedom Party is hosting three films on two nights in April. Each screening will be followed by discussion and/or panel discussion, all movies begin at 7pm, and both events will be held at the Resource Center For Nonviolence at 612 Ocean Street in Santa Cruz. (Click here for map.)

On Monday, April 22, the Chávez: Inside the Coup forum features a screening of The Revolution will not be Televised (2003), directed by Kim Bartley & Donnacha O’Briain. This documentary covers democratically elected Venezuelan president Hugo Chávez’s facing down of a coup d’état by a US-backed opposition party. The two-day coup failed to topple Chávez, but the tumultuous event proved to be great dramatic material for two Irish filmmakers who happened to be shooting a documentary about the president as the coup erupted.

On Sunday, April 28, it’s a documentary double feature entitled Workers’ Memorial Day: The 20th Anniversary of the Battle in Seattle. Leading off will be This is What Democracy Looks Like (2000), directed by Richard Rowley and Jill Friedberg. Compiled from footage shot by 100 amateur video-journalists who documented a story largely ignored by mainstream media of diverse activists: that of peaceniks, tree-huggers, and rank-and-file trade unionists who congregated at the site of the 1999 World Trade Organization (WTO) summit to disrupt the proceedings of this unaccountable and anti-democratic transnational corporate elite body.

The short documentary film Awaken (2000), collectively directed by Plumbers Local 393, goes up thereafter. Awaken covers the contingent of San Francisco Bay Area Plumbers Union who participated in the 1999 Seattle protest of the WTO.

The April 28th scennings will be followed by a panel composed of WTO protest veterans.