We have 374 guests and no members online

Massive demonstrations for immigrant rights in 2006, particularly the marches and rallies during the work stoppage on May 1st, helped stop the ferocious anti-immigrant legislation then making its way through Congress. With some very bad anti-immigrant proposals coming before the new Congress, labor and civil liberties activists are working with immigrants and their supporters to plan more demonstrations in 2007, including a massive effort on May Day.

While the details of the demonstrations are being worked out, the Peace and Freedom Party has already endorsed all the May Day rallies, vigils, marches and work stoppages. Party activists are involved in planning committees in several cities.

The First of May has been celebrated as International Labor Day since 1890, in honor of the heroes and martyrs of the struggle for the eight hour day in the United States. The big May Day strike for the eight-hour day in 1886 was largely successful, but in Chicago seven labor leaders were framed up on murder charges after an attack on a labor rally and several were executed. The survivors were later pardoned by Governor Altgeld, who pointed out that they were in fact innocent. This celebration of American origin has never been an official holiday in the United States, due to opposition from employers and the right, but is observed in almost every other country as the holiday honoring workers.

Big demonstrations on International Labor Day are normal in most countries, so it is a natural date for immigrants and their supporters to pick for a work stoppage and show of labor solidarity in the country that gave rise to the celebration.

In 2006, labor support for immigrant workers led to more participation in May Day rallies by unions than had been seen for at least 60 years. In September, at the annual Labor Day rallies, the rights of immigrant workers were the number-one issue raised in city after city.

A planning conference for May Day actions, involving people from around the country, is being held in Los Angeles on February 3rd and 4th at Loyola Law School. Jim Smith of the Venice Peace and Freedom Party, who will be participating, can provide details to anyone who may wish to attend. He can be reached at (310) 399-2215 or by e-mail at This email address is being protected from spambots. You need JavaScript enabled to view it. for more information.

The next issue of the Partisan (out around April 20, 2007) will have detailed updated plans for May Day events around the country. 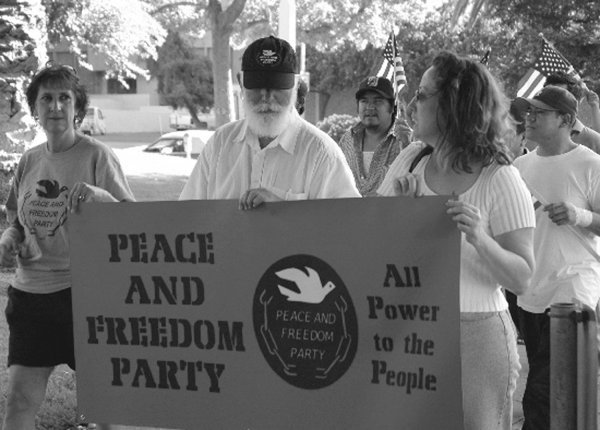