We have 114 guests and no members online

Posted on October 3, 2013 by the Communications Committee

October 12 is an indigenous day of resistances in Sacramento.

The California Peace and Freedom Party has endorsed this event.

The Brown Berets of SacrAstlan (Autonomous Chapter), Peace and Freedom Party California, Occupy Sacramento, and various tribes denounce the United States glorification of the atrocities committed against native ancestors of the Americas during the indigenous holocaust led by Christopher Columbus.

The Columbus Holiday is shamelessly celebrated nationally. Native Americans, students, labor and civil rights groups join together in the national call for all communities across the Americas to denounce this so-called "celebration" and replace it with a national holiday to remember and honor the "indigenous people". 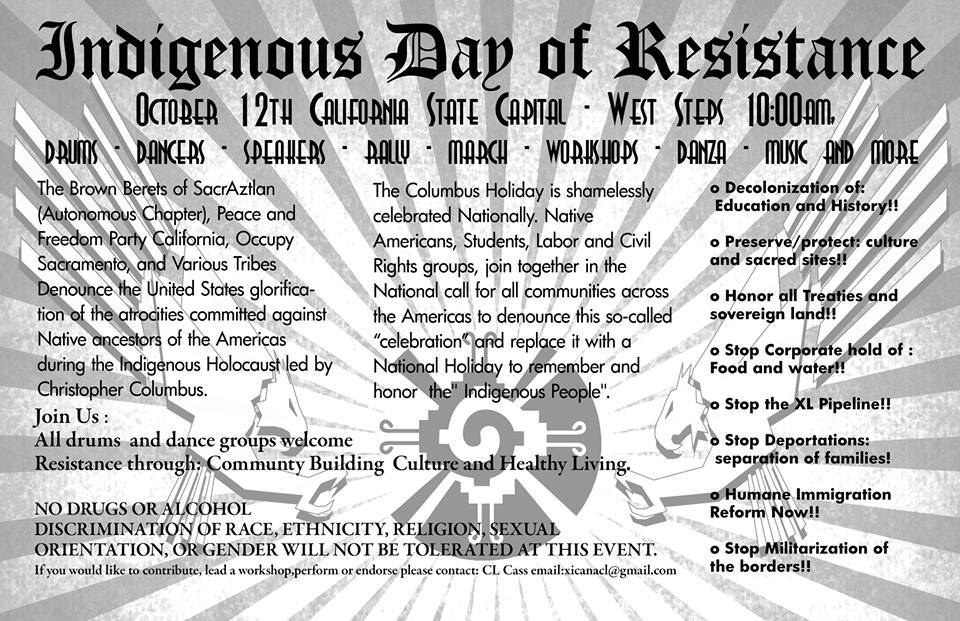