We have 773 guests and no members online

Marking the 10th year of the U.S. war against the people of Afghanistan, Stephen Downs of Project Salam, Jess Sundin of the Committee to Stop FBI Repression, Andrew Phillips of KPFA-FM, and many other speakers will appear at nine forums in Northern California during a week of solidarity with the antiwar movement.

When: Saturday, October 15 to Saturday, October 22
Where: 9 Northern California locations (see flyer below); all meetings wheelchair accessible
What: speaking tour on FBI repression of the anti-war movement
Sponsor: Northern California United National Antiwar Committee and many others
Contact: call 510-268-9429 or email jmackler - at - lmi.net
Cost: varies by venue, no one turned away for lack of funds

The Peace and Freedom Party is a co-sponsor of these events.

Download, print and distribute the flyer below: front side and back side 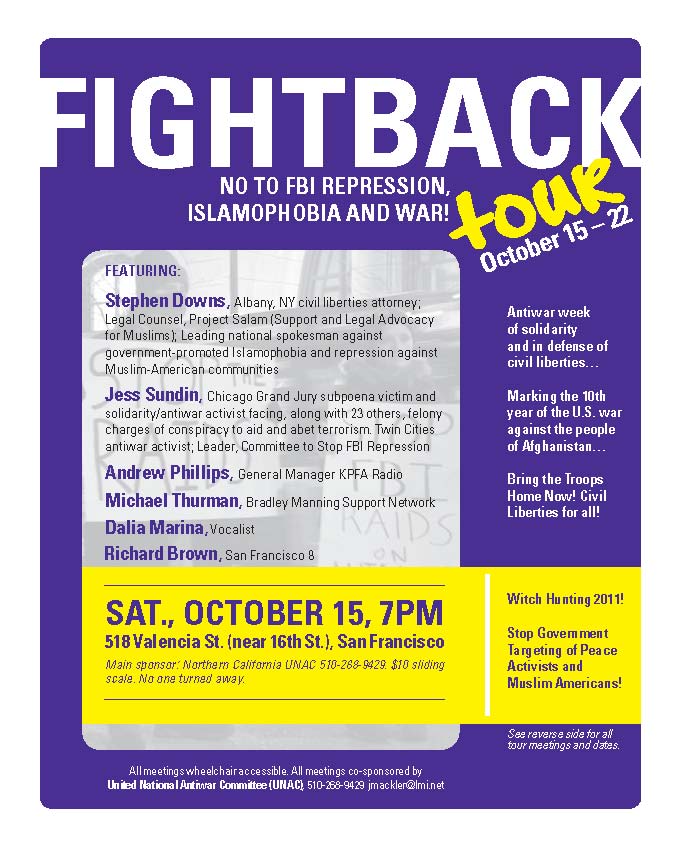 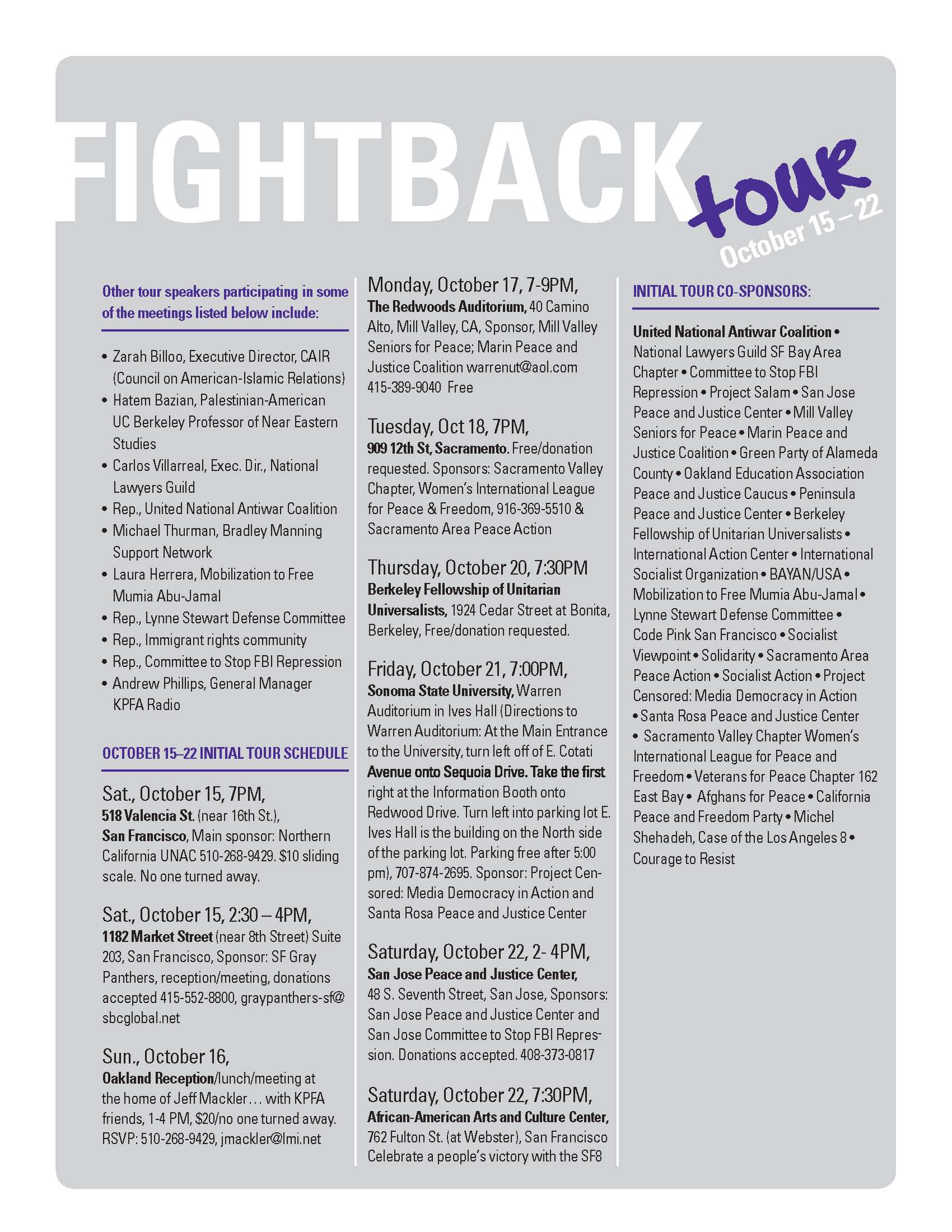