We have 90 guests and no members online

Posted on August 28, 2013 by the Communications Committee

Rally and separate civil disobedience action in solidarity with the California prison hunger strikers, to support the five core demands, and to oppose forced-feeding.

The Peace and Freedom Party endorses this event. 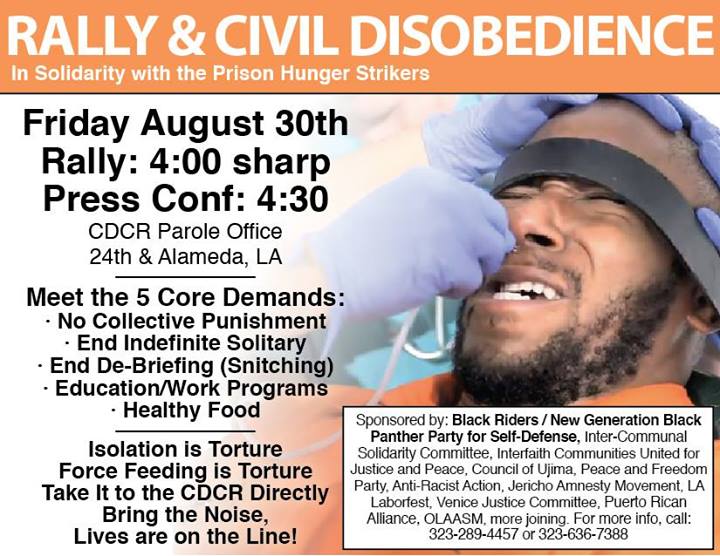 For more on the prisoner hunger strike, see

The annual picnic of the Peace and Freedom Parties of Alameda, Contra Costa and neighboring counties will be held in Richmond Hills on Sunday, August 18, 2013. Supporters and friends from the entire Bay Area are invited.

Posted on July 30 by the Communications Committee

The Peace and Freedom Party has endorsed this event.

Posted on July 28 by the Editorial Board

The Peace and Freedom Party continues to support the compassionate release of Lynne Stewart, whose only crime was defending her client. Please join Bay Area supporters at the August 1st rally in San Francisco organized by the National Lawyers' Guild.

Posted on July 12, 2013 by the Alameda County Central Committee

A memorial gathering for Bob Evans will be held in Berkeley on Saturday, July 20 beginning at 4 p.m.  Please bring food or drink and your thoughts to share.