We have 121 guests and no members online

Give Back the BearCat, March 24 in Santa Cruz

Posted on March 21, 2015 by the Santa Cruz County Central Committee

The BearCat (Ballistic Engineered Armored Response Counter Attack Truck) is on the City Council's March2 4 agenda. Tell them to give it back! Rally at 6:00pm on Tuesday, March 24, then attend the City Council meeting at 7:00pm.

On Tuesday, March 24th, at 7PM, the Santa Cruz City Council will take further action on the BearCat armored personnel carrier, and on a proposed citywide grants procedure!

This is in response to all the public concern we, the people, have demonstrated in the last three months!

Please show up and bring at least five other people with you!

Make a homemade sign, or we will have extras!

If you plan to speak, the time you will be allowed is just two minutes! A sign up system will be in place, so come early to get an early slot!

the Council will meet at City Hall, 809 Center Street (overflow seating available at the Civic Auditorium, with a live video feed)

also, if you are coming, or cannot, you can also participate, and affect the outcome, RIGHT NOW by sending an email to citycouncil - at - cityofsantacruz.com

AND, at 6:00pm in the Courtyard at City Hall, join us beforehand for a Send the BearCat Back! Rally. We we have music, speakers, updates and a special guest, Richard Stockton

Thank you for joining us so many times! Let’s do it once more! The Time is Now, and We are the Ones!

Give Back the Bearcat 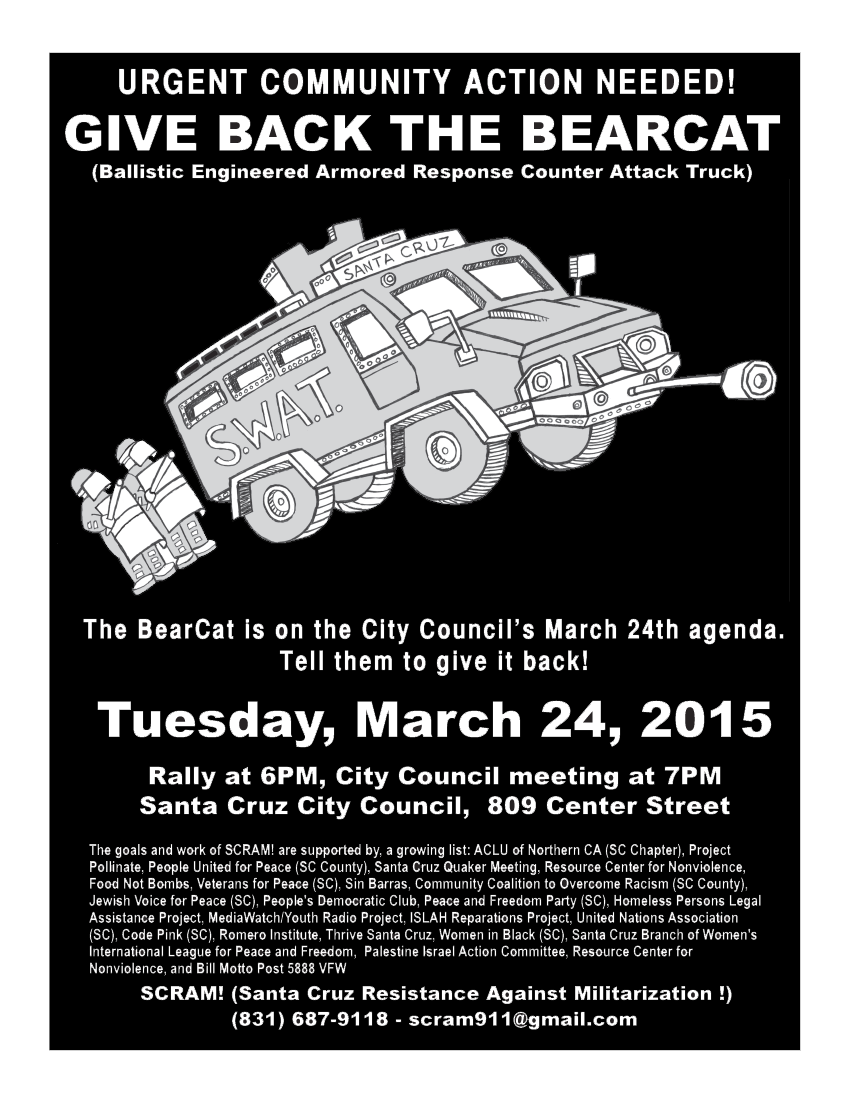