We have 99 guests and no members online

C. T. Weber of Sacramento is the Peace and Freedom party nominee for the position of Secretary of State in the November 2018 statewide election. This following is his statement to the people of California.

Do you feel that your vote doesn’t count? No one in government is paying attention to your issues? You’re not alone.

Polls show large majorities want a third party, but bipartisan election laws, private money, and the corporate media prevent this and deny representation for many of us, making democracy an illusion.

Many countries use Proportional Representation to elect multiple legislators from each district, with parties and independents elected in proportion to their number of votes. Fewer votes are wasted, gerrymandering ceases to be useful, there are higher voter turnouts, and those elected are more diverse. If a party gets half the votes it gets half the seats, not all of them. If a party or independent candidate gets 10% of the votes, that party or candidate gets 10% of the seats, not none of them. That way the majority is protected and minorities get voice and representation. Let’s replace Top-Two with Proportional Representation.

In addition to replacing that horrible Top Two election system that limits voters choices to only two in the general election, with Proportional Representation so that the various constituencies are represented in proportion to the number of votes received, and getting the corrupting influence of big money out of politics by allowing equal public funding of ballot-qualified candidates, C. T. wants to make sure that our elections will be secure and transparent by establishing publicly owned, open-source paper ballot voting systems throughout California.

Let’s get money out of politics. Money has corrupted our political system. Let’s establish a clean money type of equal public funding to those candidates who raise a base amount. Make these costly voter information guide statements free again.

Please vote for me to show your support for fair and open elections.

If you'd like to help the Peace and Freedom Party and C.T.'s cause in the June 5 primary, you may download a copy-ready 8½ x 11” English- and Spanish-language versions by clicking on the embedded links. These may used to create back-to-back printed hard copies for distribution.

PFP and C.T. thank you for your support and assistance! 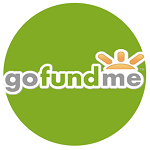 C. T. was a long time union organizer, steward, and elected leader (including four two-year terms on the powerful California State Employees Association (CSEA), Board of Directors. As Service Employees International Union, Local 1000, District Labor Council 784 president, he served on the SEIU Local 1000 State Council and was a delegate to the Sacramento Central Labor Council. Currently, he continues to serve as a delegate to the Sacramento Central Labor Council representing California Alliance for Retired Americans (CARA). He is also the Director of Public Relations for the Retired Public Employees Association (RPEA).

C. T. Weber has a Bachelor’s degree in History and a Master’s degree in Public Administration from California State University, Long Beach. He served three years on the Joint Legislative Committee for Revision of the California Elections Code, Advisory Committee and three years on the California Coastal Commission, Long Beach Advisory Committee. In addition, he has been active in the peace, electoral reform, and social, economic and environmental justice movements for over 50 years.

Weber co-founded several alternative institutions including the Long Beach Free Clinic, a soup kitchen and free store for the unemployed and a crash pad for the homeless. He is retired from the State of California where he worked as a Special Agent and a Government Analyst.

To contact the C.T. Weber for California Secretary of State campaign, please send an email to This email address is being protected from spambots. You need JavaScript enabled to view it.. Please include “Campaign 2018” in the subject header.

To contribute to C.T. Weber's campaign via GoFundMe, click here or on the button above.

Personal checks may be made out out to C.T. Weber for Secretary of State 2018 and send to 1403 Los Padres Way, Sacramento CA 95831. Note: Current election law calls for donations of over $100 to be accompanied by donator’s occupation and employer, so please provide this information with your contribution. (*If you are self-employed, please use “self” in the employer field; if retired, use “retired.”)

To contribute to the Peace and Freedom Party campaign fund via PayPal, please click here.