We have 47 guests and no members online

The Sacramento-Yolo Chapter of the Peace & Freedom Party marched with Black Lives Matter and other local activists in the annual Reclaim MLK March on January 15. This march is Sacramento’s progressive alternative to the city’s highly publicized but corporate-sponsored extravaganza. 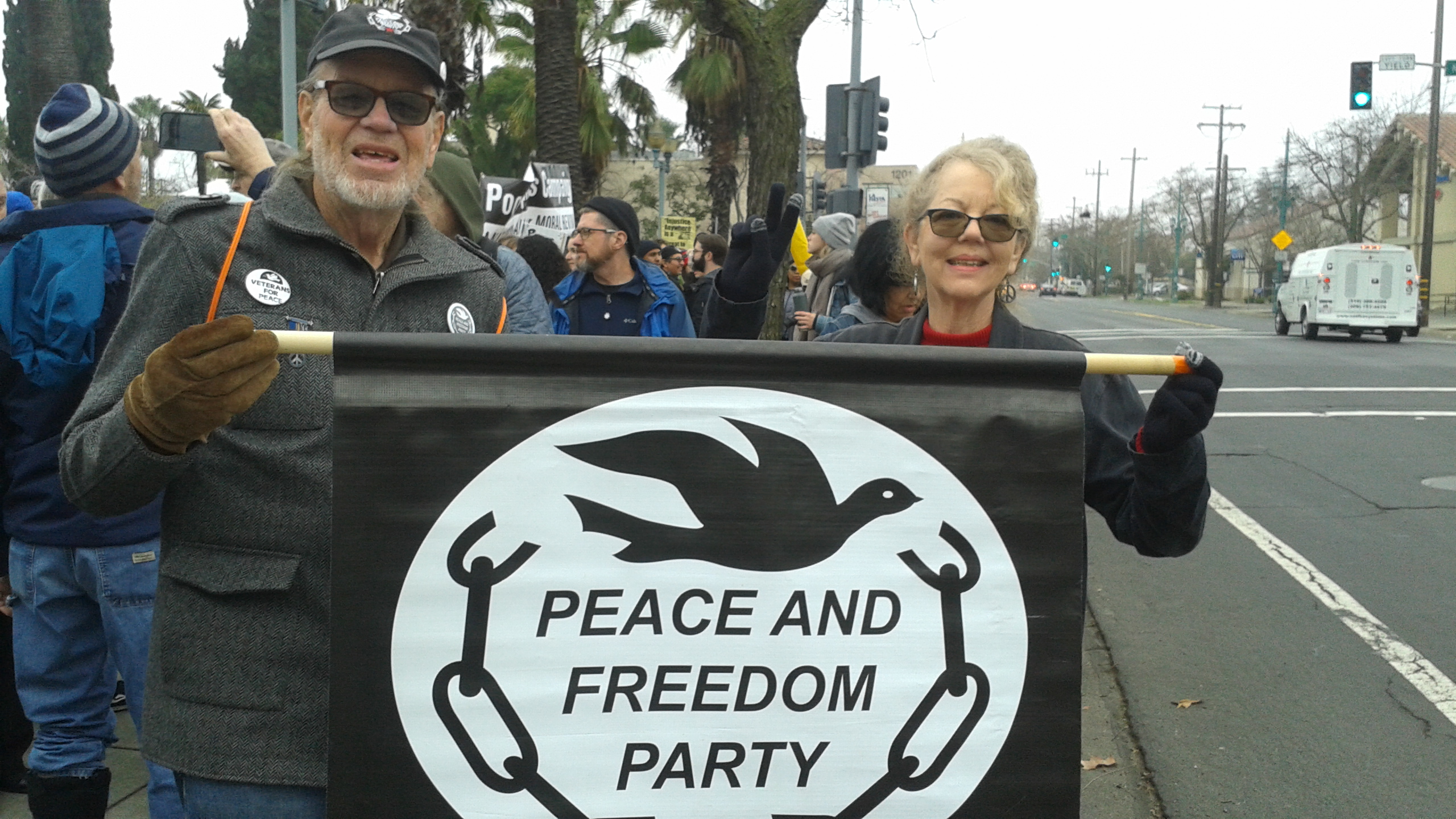 Our partisans marched with several groups, including (among others) A.N.S.W.E.R. Coalition, the Coalition for Palestinian Rights, Jewish Voice for Peace, and Veterans for Peace. At least 700 marchers completely took over J Street as they marched to the convention center downtown. It was inspiring and exciting, and a great opportunity to support the goals of Dr. King with our activist friends and neighbors in the community.