We have 185 guests and no members online

Cindy Sheehan: United Nations is rubber-stamp of approval for crimes of US, allies

Cindy’s son, US Army Specialist Casey Sheehan, was killed during the Iraq War. Cindy thereafter attracted national and international media attention in August 2005 for her extended anti-war protest at a makeshift camp outside President George W. Bush’s Texas ranch – a stand that drew both passionate support and criticism. Her memoir, Peace Mom: A Mother’s Journey Through Heartache to Activism, was published in 2006.

Last week, Cindy was interviewed by the Tasnim News Agency on the subject of the ongoing US-backed Saudi-perpetuated genocide in Yemen. The full text of the interview runs below; material from Tasnim is reprinted here under terms of the Creative Commons Attribution 4.0 International License.

Tasnim: The UN children’s agency has recently said the ongoing Saudi aggression against Yemen has killed or injured more than 5,000 children and left another 400,000 severely malnourished and fighting for their lives. UNICEF said nearly 2 million Yemeni children were out of school, a quarter of them since the start of the war. In the meantime, the Saudi-led war on Yemen has led to a cholera epidemic in Yemen, which is one of the worst ever recorded in the world. The epidemic is likely to surge again around March, according to media reports. What do you think about the Saudi crimes in the Arabian Peninsula country? Why doesn’t the UN take a practical measure, like imposing sanctions against Riyadh, in the face of its crimes?

Sheehan: Saudi Arabia is a noted abuser of human rights in its own country and has consistently exhibited inhumane behavior to its own citizens, so, while I am deeply disturbed by the continuing human rights violations and seeming program of genocide in Yemen, I am not surprised. As I have discussed before in this publication, Saudi Arabia could not be committing these atrocities in Yemen without the support and encouragement by the United States and the colonial settler apartheid state of Israel. If the United Nations does not place sanctions on Riyadh, it is because it has always, and mostly, functioned as a foreign policy rubber-stamp of approval for the crimes that are made by the United States and its allies.

What is occurring in Yemen is a crime against humanity of immense proportions and the workers of the world should unite with the people of Yemen to support them in resistance to the oppression of the murderous Saudi regime. Even though Washington DC and other western nations have called on Riyadh to “lift the blockade” against Yemen to help avert further humanitarian crises, this is not enough. Washington DC should immediately reverse its policy of giving military aid to Saudi Arabia and selling it tens of billions of dollars of weaponry. 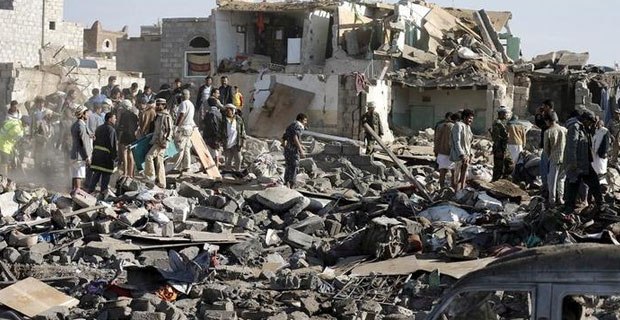 Tasnim: Some Western countries that claim to be champions of human rights are pursuing double-standard policies on Saudi Arabia’s atrocities. How do you see the role of Washington and London in the Riyadh regime’s heinous crimes against Yemen?

Sheehan: The United States and Great Britain, although not as obvious as Saudi Arabia, also commit human rights violations. Even though the cooperation of the two countries in creating humanitarian crises in, particularly, the Middle East, creates situations where entire countries become uninhabitable, both states refuse to accept an adequate amount of refugees. However, the refugee crisis could be eliminated by eliminating the wars. The United States currently holds the “prize” of being the regime that incarcerates the greatest percentage of people in the world, so how can it, for example, condemn Saudi Arabia for its oppressive regime?

Tasnim: Since the start of its war on Yemen, the Saudi regime has reached none of its objectives. How do you assess recent developments on the battlefield?

Sheehan: I have no comment on the current situation on the “battlefield” except that the people of Yemen have the right to resist.