We have 104 guests and no members online

Stand for Justice: Rally To Free Mumia Abu-Jamal on August 28 in Oakland 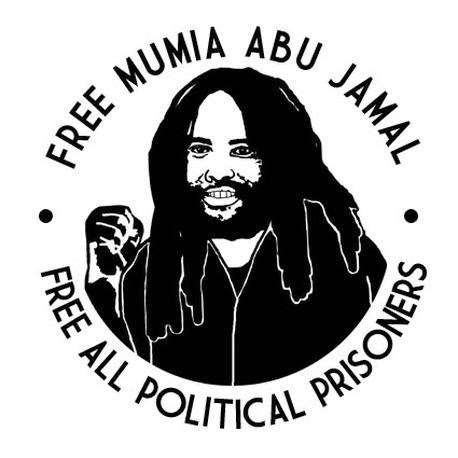 As in previous years, the Peace and Freedom Party has endorsed the Rally to Free Mumia Abu-Jamal in 2018. We invite all to participate in the Rally To Free Mumia, at 4pm on Tuesday, August 28th, at 14th & Broadway in Oakland.

This action has been organized by the Bay Area chapter of the Free Mumia Abu-Jamal Coalition.

Mumia Abu-Jamal is a journalist, MOVE supporter, former Black Panther Party member and political prisoner, Mumia Abu-Jamal was framed in 1981 for a crime he did not commit. His supporters have fought for his release since then.

As a journalist, Abu-Jamal exposed the brutal crackdowns on the MOVE organization in the Philadelphia area perpetuated by the corrupt and racist police regime of Frank Rizzo. As a result of this activity, Abu-Jamal was targeted by police and nearly killed in 1981 at the scene of a shooting. He was subssequently framed by cops, prosecutors and politicians as the shooter in the crime. One of those prosecutors, Ronald Castille, later sat in judgement over Mumia’s appeals against this frame-up as a member of the Pennsylvania Supreme Court.

In a court hearing scheduled for August 30, hope for Mumia's freedom is at stake.

As the Free Mumia Abu-Jamal Coalition notes: "According to the US Supreme Court in the Williams ruling, [Castille's] corrupt behavior was illegal! But will the court rule to overturn all of Mumia’s negative appeals rulings by the PA Supreme Court? If it does, Mumia would be free to appeal once again against his unfair conviction. If it does not, Mumia could remain imprisoned for life, without the possibility for parole, for a crime he did not commit."

For more information and details on the Rally to Free Mumia Abu-Jamal, please visit the official Facebook event page.