We have 36 guests and no members online

Dragging the casket in support of Assembly Bill 931 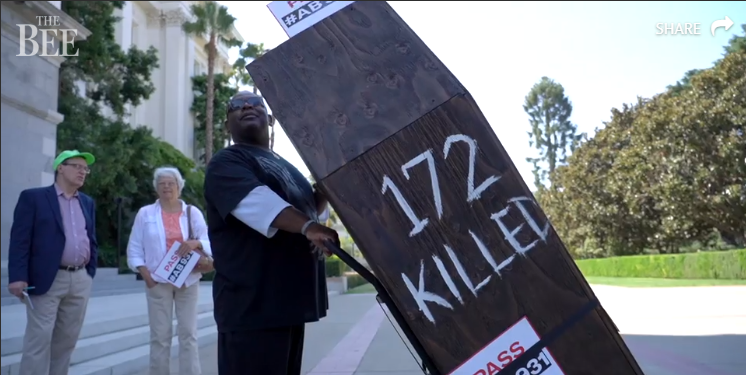 On Monday, August 28, dozens of activists demonstrated at the state capitol in favor of Assembly Bill 931. AB 931 is a response to all the police shootings of unarmed citizens. It would “require peace officers to attempt to control an incident by using time, distance, communications, and available resources in an effort to de-escalate a situation.”

The action was enough to earn a front-page photo in the print edition of Tuesday's Sacramento Bee print edition. Click the link for the Bee’s video coverage, engaging titled “Why these men were dragging a casket around the Capitol.”