We have 122 guests and no members online

“Stop Prison Slavery” was just one of the demands of a group of Sacramento activists, including many Peace & Freedom Party members, at a recent rally and press conference held outside the federal building in downtown Sacramento. One of the main demands was to stop the use of incarcerated people as cheap labor.

John Reiger (pictured in top image below), State Chair of the Peace & Freedom Party, reminded the public and the press of the PFP’s longstanding support for prison reform measures. He not only talked about the need for comprehensive prison reforms, but also an end to solitary confinement, an end to the death penalty, no more life-without-parole sentences, and the need to shift resources from prisons to programs to help people who might be in danger of ending up in prison. 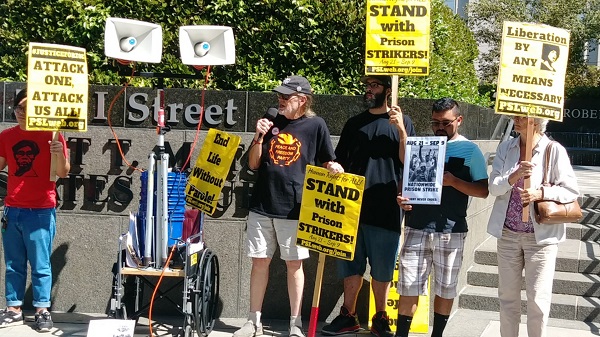 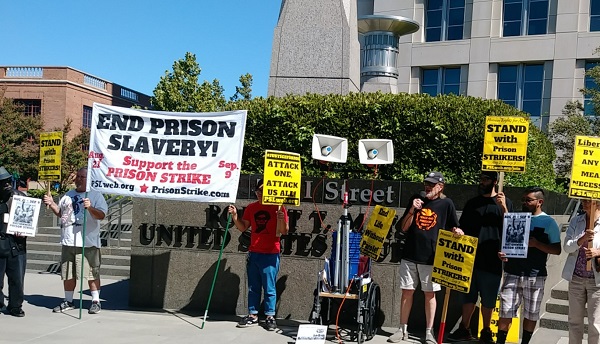