We have 56 guests and no members online

Peace and Freedom members among 30,000 in San Francisco Rise for Climate March

(Please do check out the Democracy Now coverage of the march; such popular actions are rarely reported in mainstream media sources with any depth, if at all.)

The march was a preemptive action in advance of the Global Climate Action Summit, which began on Wednesday the 12th and is hosted by California Gov. Jerry Brown.

Having endorsed the action earlier in the year, Peace and Freedom Party members were naturally on-hand. Below are pictured (L to R) PFP State Central Committee members Dave Campbell and Tom Lacey at the event. (Photograph by Nguyen Che.) 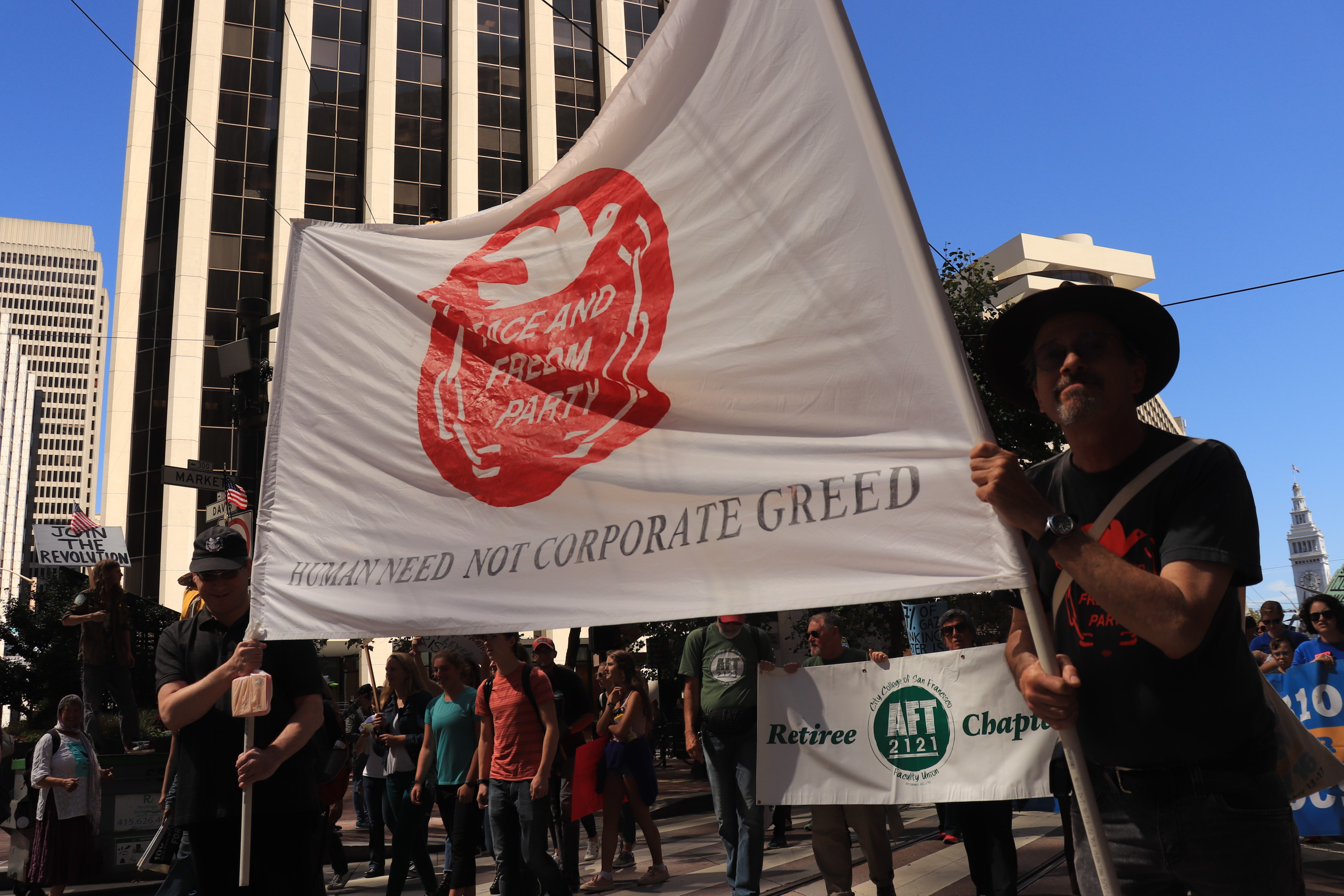