We have 71 guests and no members online

Peace and Freedom Party in demonstration against anti-environment WIIN Act

Did you think that the Delta Tunnels project was going out with Governor Jerry Brown? Nope – Senator Dianne Feinstein is keeping it alive. She has joined with Republican House leader Kevin McCarthy to attach an extension of the Water Infrastructure Improvement act for the Nation (WIIN) as a rider to the spending bill needed to prevent a government shutdown.

On December 6, Restore the Delta and Food and Water Watch organized a protest against this deal at Senator Feinstein’s San Francisco office. Activists from the Sierra Club, Golden Gate Salmon Association, the Peace and Freedom Party and others joined with the two sponsoring organizations in a small but spirited demonstration.

The WIIN Act is a waiver of environmental protections for the San Francisco Bay-Delta. It was originally designed as a short-term fix to send more Delta water south during California’s historic drought. It is scheduled to expire in 2021. The Feinstein-McCarthy deal would extend WIIN for an additional seven years. And attaching it to a critical appropriations bill removes it from committee scrutiny.

Who really wins with the WIIN act? The greatest beneficiaries are the big farms in the Central Valley. 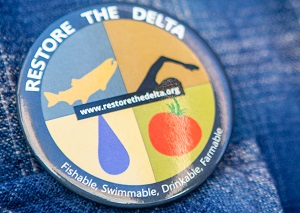 California agriculture uses 80% of the State’s water supply and for the most part does not practice measures which would help conserve water. Extending their access to Delta water will not motivate them to farm more sustainably.

Diverting water from the Bay-Delta system does real harm to fisheries and to the local ecosystem. There is momentum in California to ameliorate this. The Delta Reform Act of 2009 established that water supply and ecosystem improvements are co-equal goals that must be met when managing the Delta’s fragile environment.

The State Water Resources Control Board is scheduled to vote Dec. 12 on a plan to use more of the water from the San Joaquin River for preservation of fish in the Delta.

So why are two prominent members of the Democratic Party in California supporting a federal plan to override State water policy? In a December 4 editorial, the San Jose Mercury News offered this explanation:

For Feinstein, the extension is a way to send more water south and to get $640 million for water storage projects, including environmentally controversial plans for raising Shasta Dam.

It seems like environmentalism has its place in the liberal constellation, but not when it stands in the way of profits for the water guzzling cronies of the “environmental” governor and the Senior Senator. 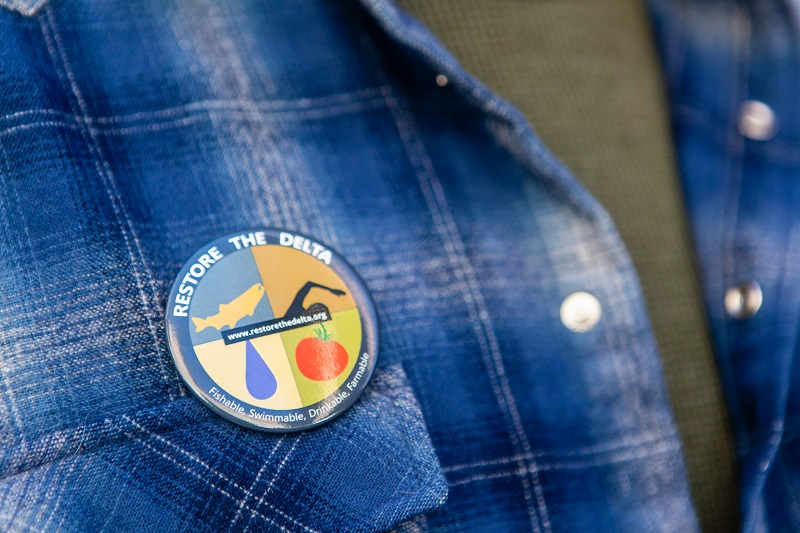 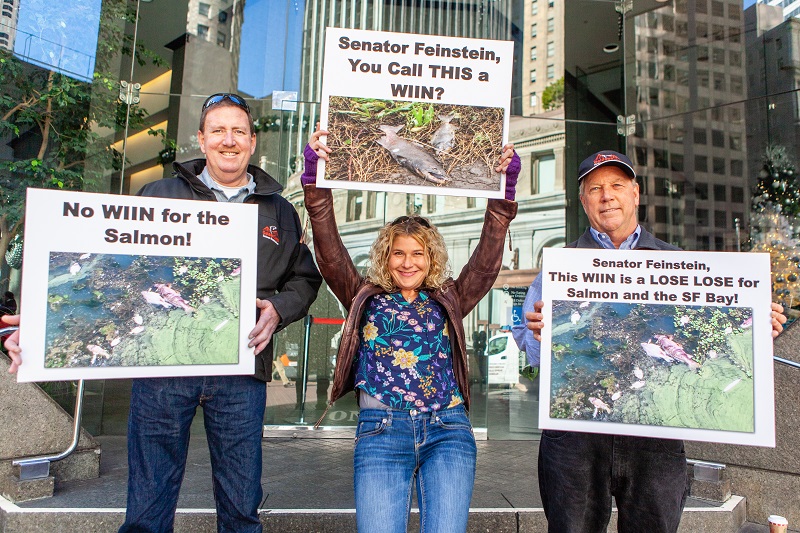