We have 232 guests and no members online

Thousands rally in Oakland in support of California’s teacher strikes 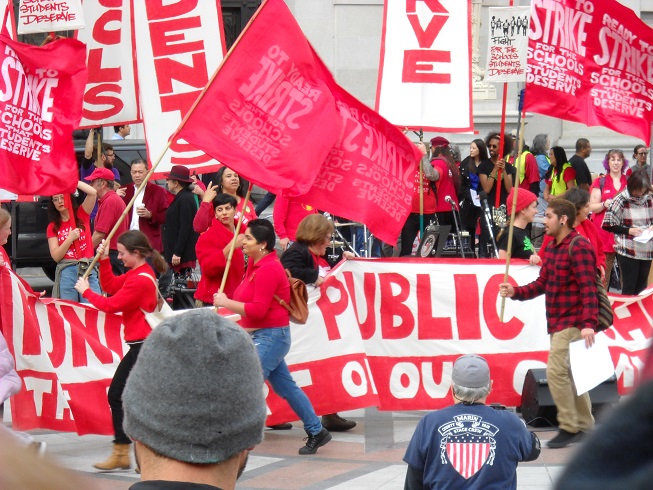 The crowd came to support Los Angeles teachers who were about to go on strike on Monday, January 14, and to build support for a possible strike by Oakland teachers in February. Among the issues are adequate pay for teachers and other school employees, smaller class size for students, full funding for programs such as special education, and an end to the rampant proliferation of charter schools, which drain money from public schools and are a step toward privatization. 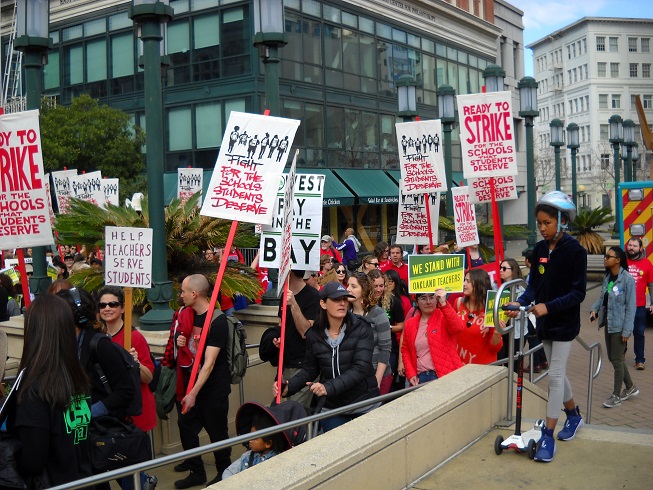 Funding for schools should come from the wealthy corporations and individuals in California. One key source is a split roll property tax, which would tax business property at market value while continuing protection for homes. This change to Proposition 13 will be on the November 2020 ballot in California. 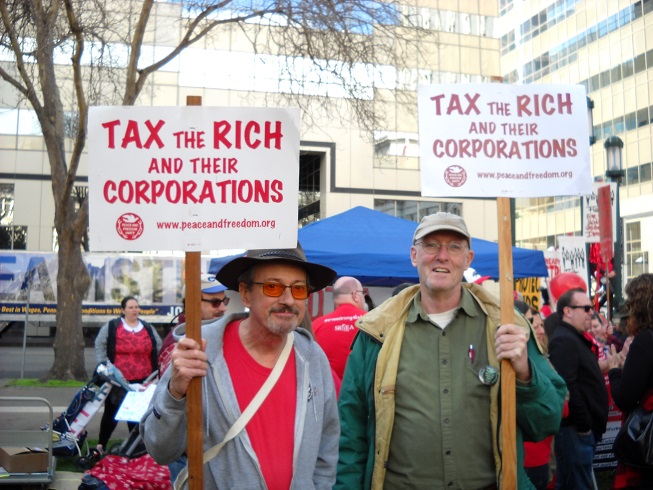 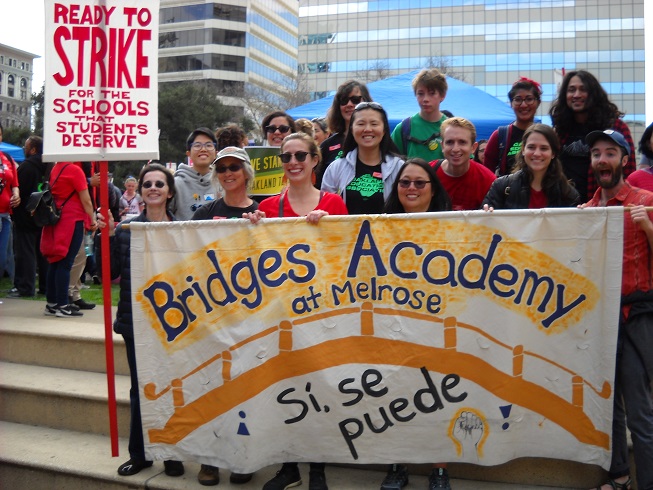 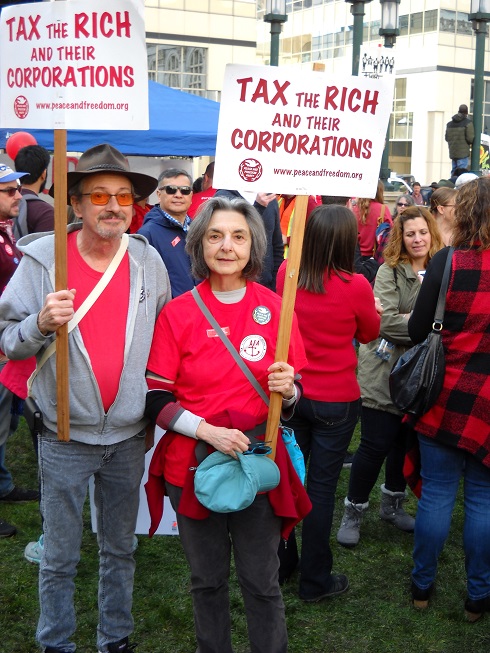 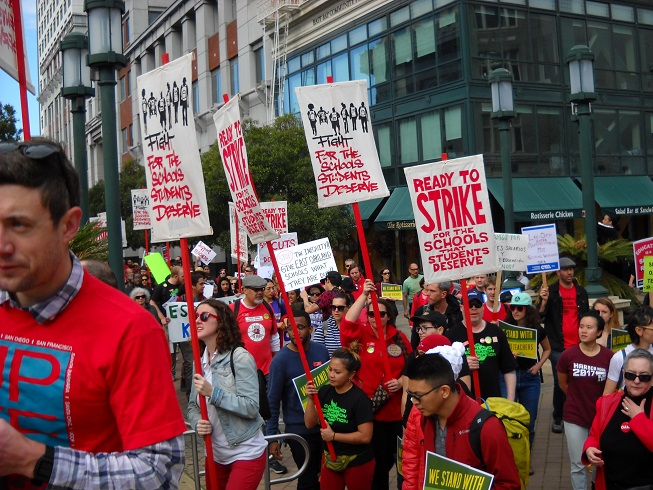