We have 190 guests and no members online

On Saturday, January 19th, the third annual Women’s March and related events was held in cities across the United States. In Sacramento, some 10,000 participated, according to police estimates.

Many Peace and Freedom Party members were among the 10,000-strong Sacramento Women’s March, with some PFPers joining other contingents that they are affiliated with, including but not limited to Jewish Voice for Peace, the Palestine Support Coalition and union groups. 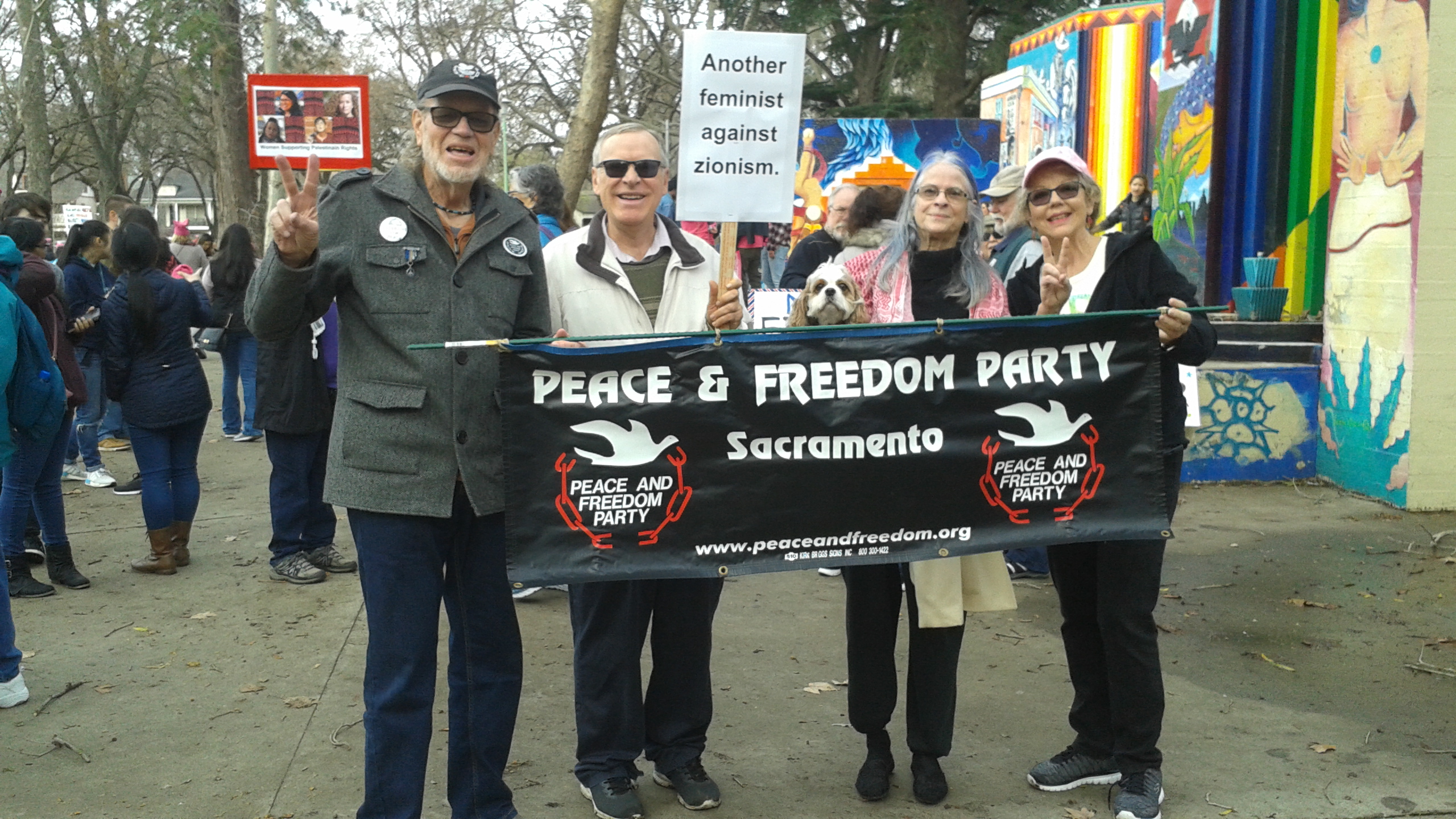