We have 104 guests and no members online

“¡Hands off Venezuela!” demand Peace and Freedom Party members and many others

Growing numbers of Americans are rallying around the “Hands Off Venezuela” cause, and naturally Peace and Freedom Party members have been taking part in demonstrations on the matter. A few words on and images from a pair of recent actions.

On Thursday, February 8, a dozen and a half activists stood in the rain in south Sacramento to protest the aggressive actions of the United States against the beleaguered government of Venezuela. Even in the dark, several people honked their horns in support as they drove by.

On Sunday, February 10, Peace and Freedom Party members joined dozens of anti-war and anti-imperialist activists from several organizations in lining a street near Oakland's Lake Merritt to protest the U.S. government’s intervention in Venezuela. Speakers pointed out that Nicolas Maduro is the legitimately elected president of Venezuela; that the U.S. has a history of supporting coups in Latin America and throughout the world; and that both the Democratic and Republican parties have been complicit in this policy. 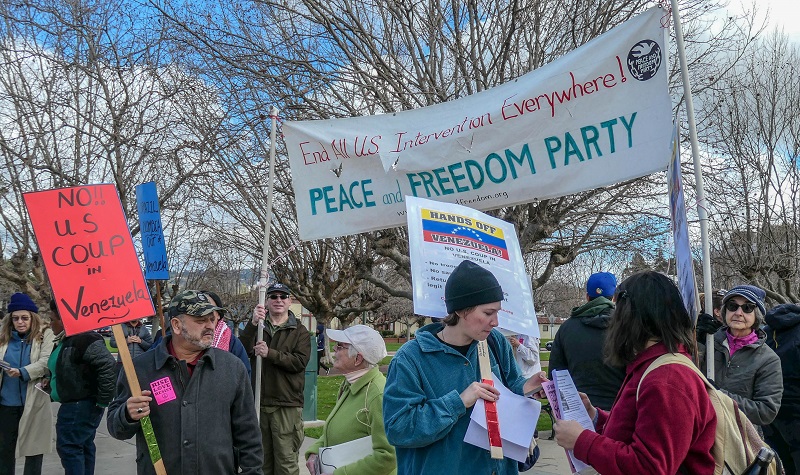 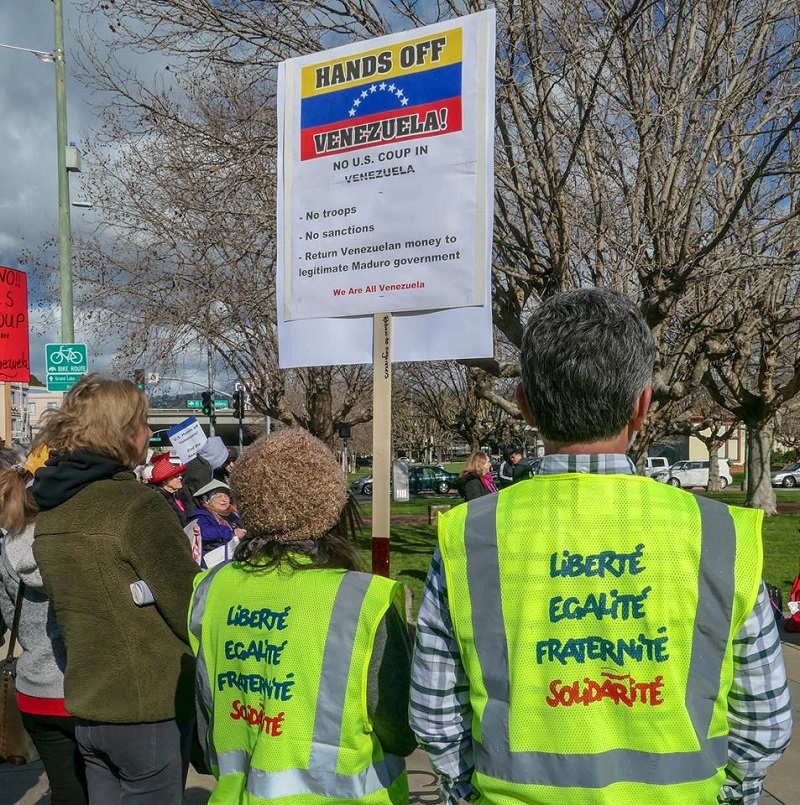 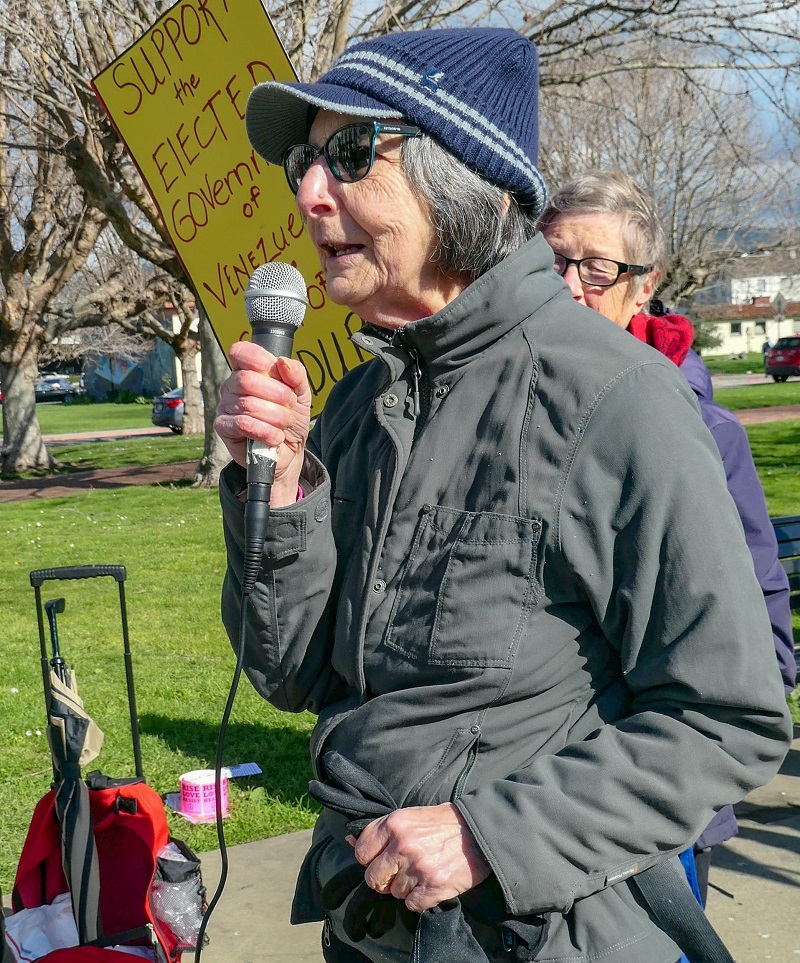 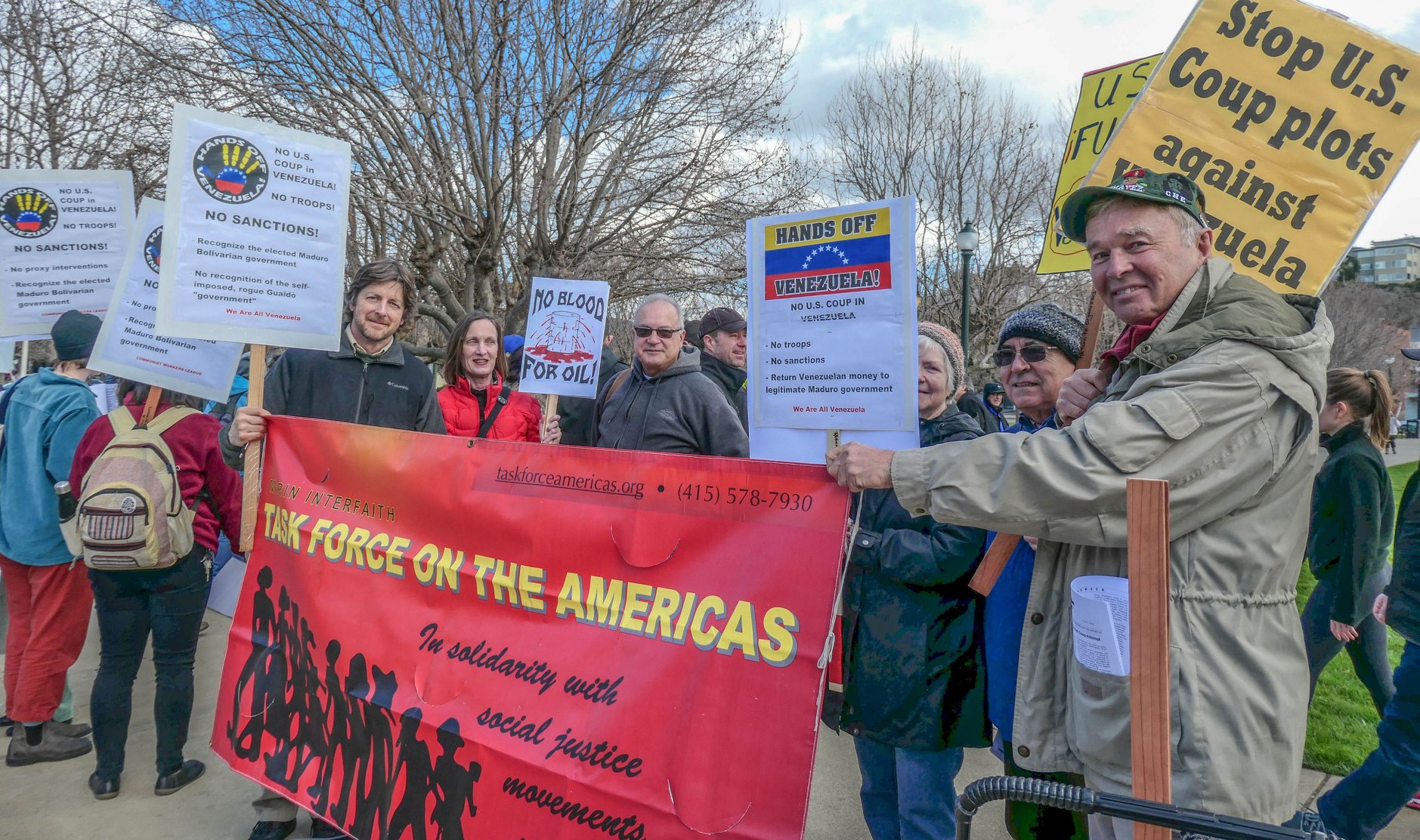 –text by C.T. Weber and Marsha Feinland, images by Roger Harris and other contributors