We have 280 guests and no members online

In Sanders defeat, Democratic Party leaders show what they stand for 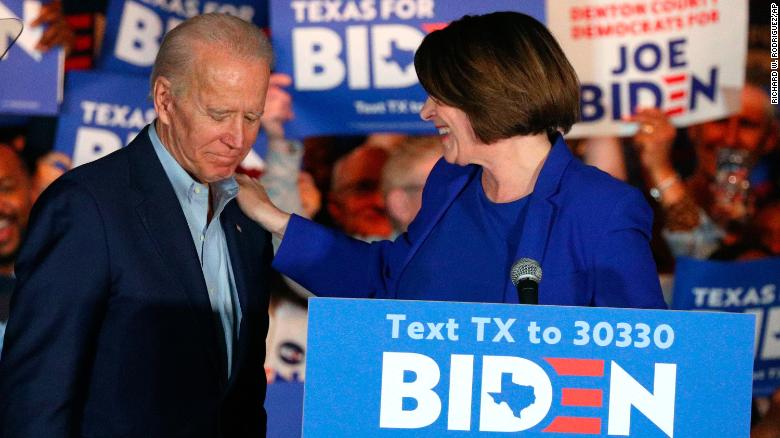 Senator Bernie Sanders endorsed Joe Biden for President of the United States on Monday, April 13, after suspending his own campaign for the Democratic Party nomination the previous Wednesday. Sanders stood for social, environmental, and economic rights such as a green new deal and universal free healthcare and higher education. He often advocated some form of socialism. During Sanders’s campaign the Democratic Party proved that it also stands for something: the maintenance of the capitalist system, which puts private profit before human needs.

Sanders and his growing groups of supporters built widespread enthusiasm for the campaign and for socialism. Polls showed that he was the candidate most likely to defeat Donald Trump in 2020. But Democratic Party leaders did their best to smear Sanders and his message. “Nobody likes him, nobody wants to work with him, he got nothing done,” said Hilary Rodham Clinton. House Speaker Nancy Pelosi bluntly stated that socialism is “not the view” of the Democratic Party.

The liberal media were enlisted to drown mention of Sanders in a pool of competitors from senators (Elizabeth Warren, Amy Klobachar, Cory Booker, and Kmala Harris) to mayors past and present (Michael Bloomberg and Pete Buttigieg). Despite the competition, Sanders seemed unstoppable until Joe Biden got resurrected on nostalgia for Barack Obama in the March 1 South Carolina primary.

It is difficult for people in the United States to embrace the concept that political parties are supposed to stand for something, especially since the two dominant parties essentially stand for the same thing. Both support the maintenance of a system which depends on exploitation of workers, military domination, and reckless environmental destruction, masked by rhetoric which can be liberal or conservative—whatever works to get the votes. Leaders of labor unions, human rights, environmental, and other left groups steer their members into the Democratic Party out of fear of more overtly destructive policies of the Republicans. Many who call themselves “socialist” perpetuate the fantasy that they can transform the Democratic Party, knowing it stands against their class interest and core principles.

We need to build a party of and for working class people. We need to stand united to push our agenda of human needs, social justice, and environmental preservation first, and an end to exploitation, imperialism, and militarism. Beyond that, we need to wrest control of industry and the earth’s resources from the people who are destroying our lives and run them in common for the good of all. In short, we need a party and a movement that clearly stands for socialism.

Many on the left say that they agree in principle, but today we need to unite and defeat Trump. That appears to be Sanders’s thinking in endorsing Biden, although it appears that he abandoned his independence from the Democratic Party some time ago. This argument is not new—Trump is the latest in a line of Republicans to be defeated. In between Republican administrations we got Democrats who brought us more war and austerity. The general trend of this way of thinking and acting is downwards.

The Democratic and Republican Parties control the political discourse and electoral system in this country. Building a party that can effectively oppose them is a daunting prospect. But the alternative is to accept increasing poverty, disease, environmental degradation, and war. The Bernie Sanders campaign tried to bring a socialist agenda to a capitalist party. It is time to do the hard work of building a party of our own.