We have 205 guests and no members online 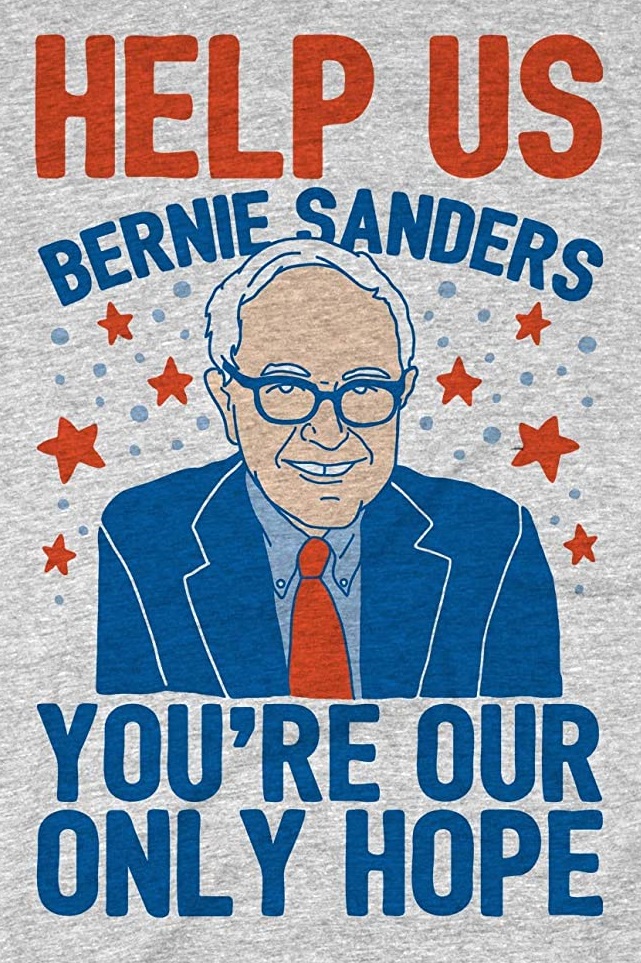 The Great Gray Hope has bowed out of the presidential primary race, leaving tottering Joe Biden as the last Democrat standing. What Bernie Sanders accomplished electorally was remarkable, revealing both how far a progressive can venture and the limits proscribing further advancement to the left within the Democratic Party.

Sanders pushes the limits of the system
That Sanders was once the frontrunner and might have swept the Democratic primaries is an indicator of the neoliberal order’s decay. The coronavirus pandemic was both the final blow to the Sanders campaign and the world-historic event that proved unquestionably that his platform of universal healthcare and fairness to the working class was the medicine needed for an ailing nation.

Shelter-in-place is Biden’s strong suit, while Sanders’s contagious ability to enthuse the youth was sequestered. And, no, Biden’s healthcare public option is not even a baby step towards universal health care. It is a leap in the opposite direction, propping up the private insurance racket by having the taxpayers pick up high-risk cases.

The lie that money was not available to fund single-payer healthcare is now exposed by tsunamis of cash mainlined tax-free to resuscitate parasitic speculative financial markets. With unemployment rampant and Jeff Bezos’s net worth swelling by the billions daily, Sanders had the temerity to say: “If Trump can put a trillion and a half into the banking system, we can protect the wages of everyday workers.”

When in the Democratic debates the ninth richest man in the world claimed he made his billions by hard work, only Sanders was in the position to quip, as he did, that Bloomberg’s workers must have helped. When Bloomberg offered to bankroll the eventual Democratic Party nominee, only the Sanders campaign gave a hard “No.”

Bloomberg was correct, however, when he said of his primary rivals: “I’m doing exactly the same thing they’re doing, except that I am using my own money. They’re using somebody else’s money, and those other people expect something from them.” That Sanders raised three million dollars within hours of announcing his candidacy and garnered over a million small donors shows to what constituency Sanders was beholden.

Sanders was not willing to simply mumble hypocritical homilies about the “middle class.” He explicitly defended the “working class” from the ravages of neoliberalism, raising issues that wouldn’t be taken up by the duopoly.

Monday morning quarterbacks have been unkindly critical of Sanders for not going for the jugular against Biden. But despite criticism, Sanders did what some leftists have been asking politicians to do: He stayed on message, stuck to the issues, and did not get lost in the weeds of ad hominem snipes.

What Sanders didn’t do is politically critique the Obama/Biden record, hamstrung by his determination not to harm the Democratic Party. The courtesy was not returned, to say the least. Unlike Trump, who savaged the Republican establishment in 2016 and won, Sanders pulled his punches and lost. 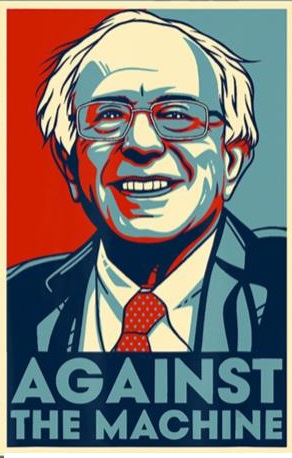 The system pushes the limits of Sanders
Paradoxically, running in the Democratic Party was both the grounds for his success and the source of his failure. Had Sanders not run in the Democratic Party, he would have had no bully pulpit to advance his candidacy and – in the absence of a mass movement – would have been summarily relegated to obscurity. Running as a major party candidate gave him access to a ballot line, to the debates, and other perks of the party apparatus.

Sanders, nominally an independent, was both the greatest gift and the greatest challenge to the Democratic Party. The party had problems: Liberalism was dead and with it the New Deal agenda, which was the cement holding the faithful together. With impeachment now history and Russiagate exhausted many times over, had Sanders not appeared, the neoliberal Dems would have had to invent someone like him to keep their constituency from bolting.

And along came Sanders, saying, “We must take up the unfinished business of the New Deal and carry it to completion.” The rub was that Sanders genuinely believed in that agenda, so he had to be used and then discarded.

Sanders arguably could have beaten Trump but not the DNC. Or to turn that around, had the DNC not sandbagged him, Sanders surely would have beaten his Democratic rivals and gone on to defeat the incumbent president…if what passes for the “liberal” establishment (e.g., Pelosi and Schumer) didn’t sabotage him.

Sanders showed true grit, suffering the triple afflictions of a heart attack, the Washington Post, and MSNBC. But the DNC would likely have eventually derailed him in any case. If the DNC could so easily, as it did, change the rules to take Tulsi Gabbard out of the debates and put Michael Bloomberg in, they could have found a way to block a progressive who was anathema to their class loyalties and donor base. 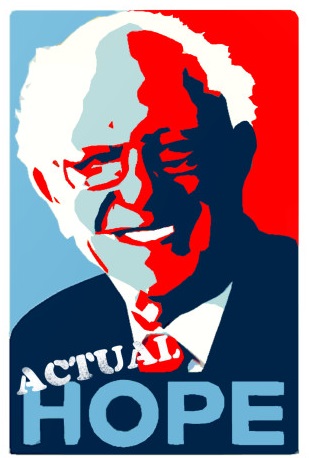 Sanders as a socialist
Sanders is receiving rancorous disparagement from the left for his early departure from the primary race and quick endorsement of Biden, failure to criticize the Obama/Biden record, and voting for the CARES bailout among other transgressions. It should be crystal clear now that what you saw is what you got: a sincere New Deal liberal wedded to the Democratic Party, not a leftist superhero. He shouldn’t be blamed for being someone he was not.

Sanders helped mainstream the word “socialism,” a welcome accomplishment. When red-baited, Sanders didn’t back down: “We must recognize that in the 21st century, in the wealthiest country in the history of the world, economic rights are human rights. That is what I mean by democratic socialism.”

To be precise, Sanders is a “social democrat,” one who supports the rule of the owners of capital with workers as junior partners. He is not a “socialist,” who would replace the rule of the capitalists with that of the workers. Sanders has made clear, “I don’t believe government should own the means of production.” What he wants is a nice capitalism that shares its crumbs with those who create the wealth.

Nor is he an anti-imperialist, despite his statement that “It might be a good idea to be honest about American foreign policy and that includes the fact that America has overthrown governments all over the world.” Sanders endorses the bipartisan consensus to overthrow the “vicious dictator” (his own words) in Venezuela, which had the gall to enact social democratic reforms similar to ones that Sanders is championing for the U.S. Sanders yearns for a nice imperialism, which somehow avoids messy excesses while not challenging U.S. hegemony. 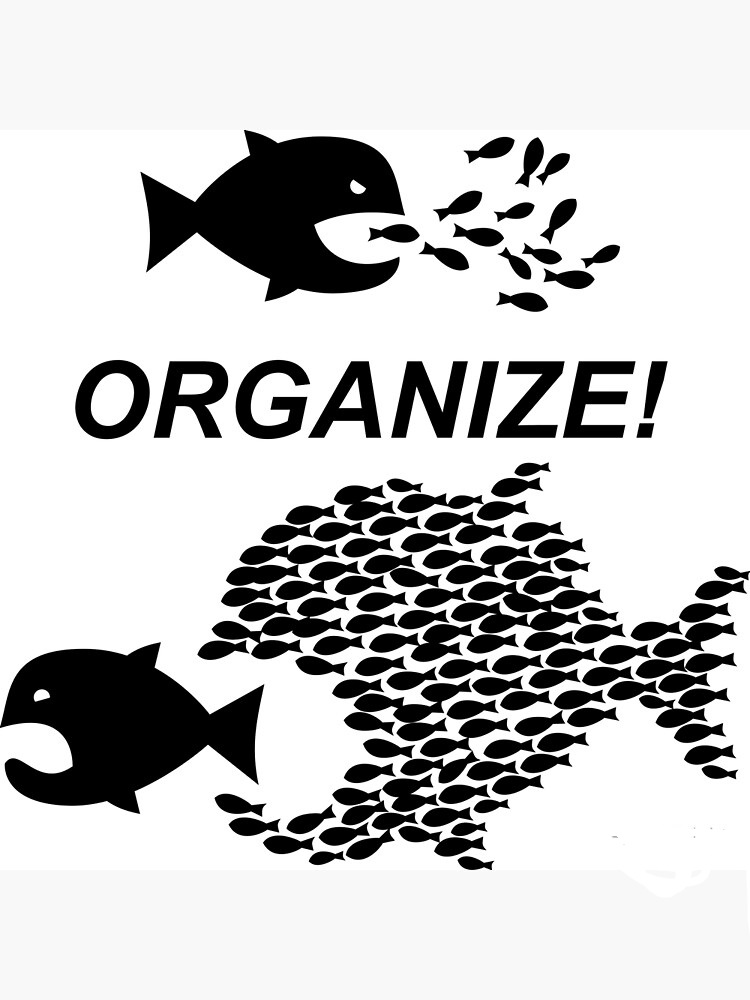 Sanders proved on one hand that a sizable potential constituency would support and fund a progressive agenda. On the other hand, the Democrats – who would rather risk four more years of Trump than back someone with a mild New Deal agenda – are the graveyard for such a movement. The Democratic Party is an instrument of class rule and not a democratic institution.

For all his remarkable accomplishments, Sanders’s legacy in 2020 will likely be that of 2016, which was to be the sheepdog that herded progressives into the Democratic Party and got nothing in return.

If your obsession in life is to defeat Trump, by all means hold your nose and vote for what you perceive as the lesser evil. But if your interest is broader – to pull the U.S. political spectrum to the left and buck the neoliberal tide of imperial plunder and austerity for the working class, instead of encouraging the Democrats to be more reactionary than the Republicans – then vote for a left party such as Peace and Freedom.

And, taking a lesson from Bernie, help build the mass movement. Significantly, Sanders understood the limits of electoral politics and the corresponding necessity of building a mass movement: “When I talk about a political revolution, it means being an administration unprecedented, certainly in the modern history of this country … It is rallying the American people … I will be organizer in chief.”

Sanders’s parting remark on April 8 was “We have won the ideological battle.” Of course, ideas don’t have agency on their own. The battle is to organize a progressive constituency and not self-defeat by tethering to the Democratic Party.