We have 164 guests and no members online

Peace and Freedom Party joins in saying no to US wars

Peace and Freedom Party members were among the over 500 protesters saying “no” to US wars at home and abroad at the Oakland, California, demonstration on April 15. We protested the latest illegal US aggression in Syria along with a host of other issues.

Read more: Peace and Freedom Party joins in saying no to US wars

Vote in the June primary! The primary on June 5 will likely be the only chance to vote for Socialist candidates for office. Only the top two vote-getters will go on to the November general election. The Peace and Freedom Party has six statewide candidates on the ballot, for Governor, Secretary of State, Insurance Commissioner, Treasurer, Controller, and US Senate. We have also endorsed Gayle McLaughlin for lieutenant governor.

Peace and Freedom Party candidates are raising issues of importance to the working class, issues the Democrats and Republicans ignore. We support single-payer health care and a state bank; we oppose red-lining insurance availability and costs. We need proportional representation and equal public funding in order to have fair elections. We oppose US imperialism and endless war. We want free education from pre-K through university, and we support public schools. We support the repeal of the Costa-Hawkins law that cripples local rent control, and we recognize the need for decent housing for working-class families throughout the state of California.

We know these issues are important to you, as they are to us. Let’s work together to build a California for the working class! If you don’t vote for Socialist candidates in June, you most certainly will not have Socialists on the ballot in November.

For the Peace and Freedom Party to continue on the California ballot, at least one of our statewide candidates must receive 2% of the vote in June. If you want to continue having an alternative voice on the ballot from the Democrats and Republicans, vote in the June primary. Vote Peace and Freedom!

The California state primary will be held on Tuesday, June 5. For information on registering to vote in California, click here.

On March 9, the Vista Civic Center was the site for a forum featuring eight candidates in contention for the 49th Congressional District seat, including Peace and Freedom Party’s own Jordan Mills. The forum was hosted by the Chambers of Commerce of Vista, Oceanside, Carlsbad, Encinitas and San Diego, as well as the League of Women Voters. Over 400 were in attendance.

Among those present was Jordan Mills for Congress campaign worker Eric McGill who told us: “I’m pleased to report that the event went *excellently*. There were eight candidates present (Jordan, two Democrats, four Republicans, and a Libertarian) and Jordan got more applause than the other candidates on almost every question he answered. He articulated our program perfectly, and the audience was really engaged. A lot of people who had shown up to support another candidate (like, they were wearing campaign T-shirts) told us they really liked what Jordan was saying, and I could hear people in the rows behind me talking about him the whole time. The event couldn’t have gone better.”

The Peace and Freedom Party invites you to see for yourself. Video of the debate in its entirety is available for viewing via the North County Daily Star’s website. Jordan spoke on the following topics and the times listed, usually getting much positive response and raucous cheering. 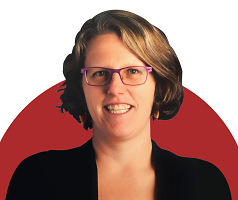 Nathalie Hrizi is the Peace and Freedom Party candidate for State Insurance Commissioner in the June primary of Election 2018.

Nathalie Hrizi is a public-school teacher in San Francisco, a union and social justice activist, and editor of the quarterly magazine Breaking the Chains: A Socialist Perspective on Women’s Liberation.

Nathalie also ran for Insurance Commissioner as a PFP candidate in 2014, ultimately winning 212,991 votes, or 5.6% of the total cast.

For Election 2018, Nathalie’s campaign is grounded on three fundamental principles:

• Health care is a right, not a commodity to make the insurance companies and related corporations even richer. The current system of “health care for some” rather than universal health care exists solely to assure continued huge profits for health-industry corporations. 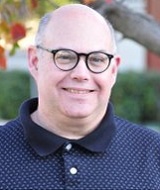 Jordan Mills is an educator and union organizer from Oceanside. He’s spent 25 years fighting for the rights of oppressed people in California. Since 2000, he’s been a professor and debate coach at Southwestern College in San Diego County.

In that time, as Jordan says in his campaign’s introductory video, “As long as I’ve lived in this district, I’ve known that the congressional representation in Washington had nothing to do with what I wanted done.

Jordan Mills believes that 16 years of Darrell Issa in Congress is more than enough, and in Election 2018, Jordan is the only independent candidate to challenge Issa. The working people of the 49th district need a change from oligarchs and austerity.

To contribute to the Jordan Mills for Congress campaign via PayPal, please click here.