We have 166 guests and no members online

Peace and Freedom at Women’s March 2018

January 20th marked the first anniversary of Donald Trump’s inauguration day and along with the inauspicious occasion, a second year of Women’s Marches nationwide was held. California was certainly no exception to the trend, with Los Angeles naturally topping all others with as many as 600,000 in attendance at marches there We’re proud to say that Peace and Freedom Party members attended and participated in several events around the state. Here,, we share a few images.

Peace and Freedom Party State Central Committee member Sherill Borg was one of the reported 50,000 on hand in Oakland for the Women’s March of January 20, taking these images of the action at Frank H Ogawa Plaza at 14th and Broadway. 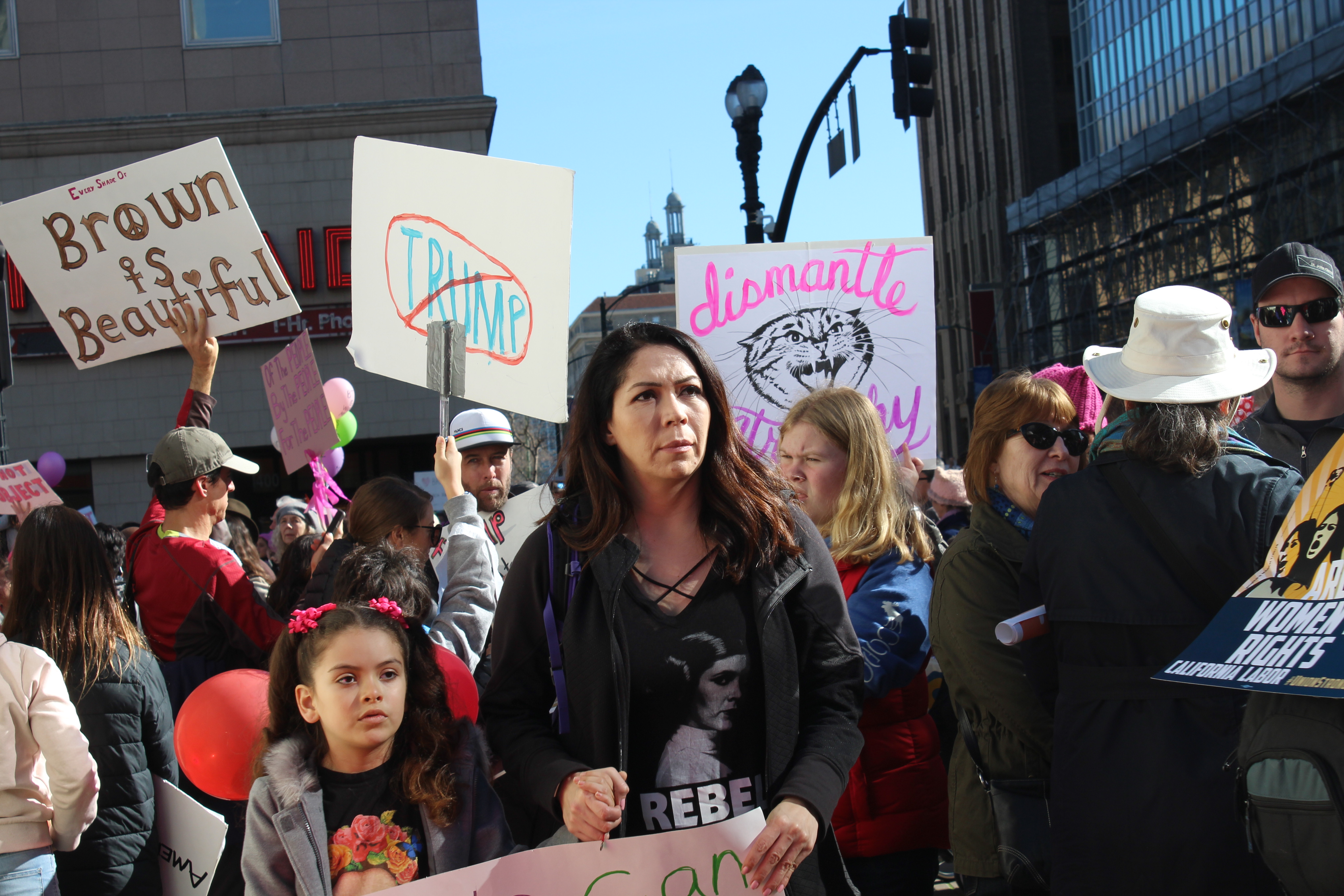 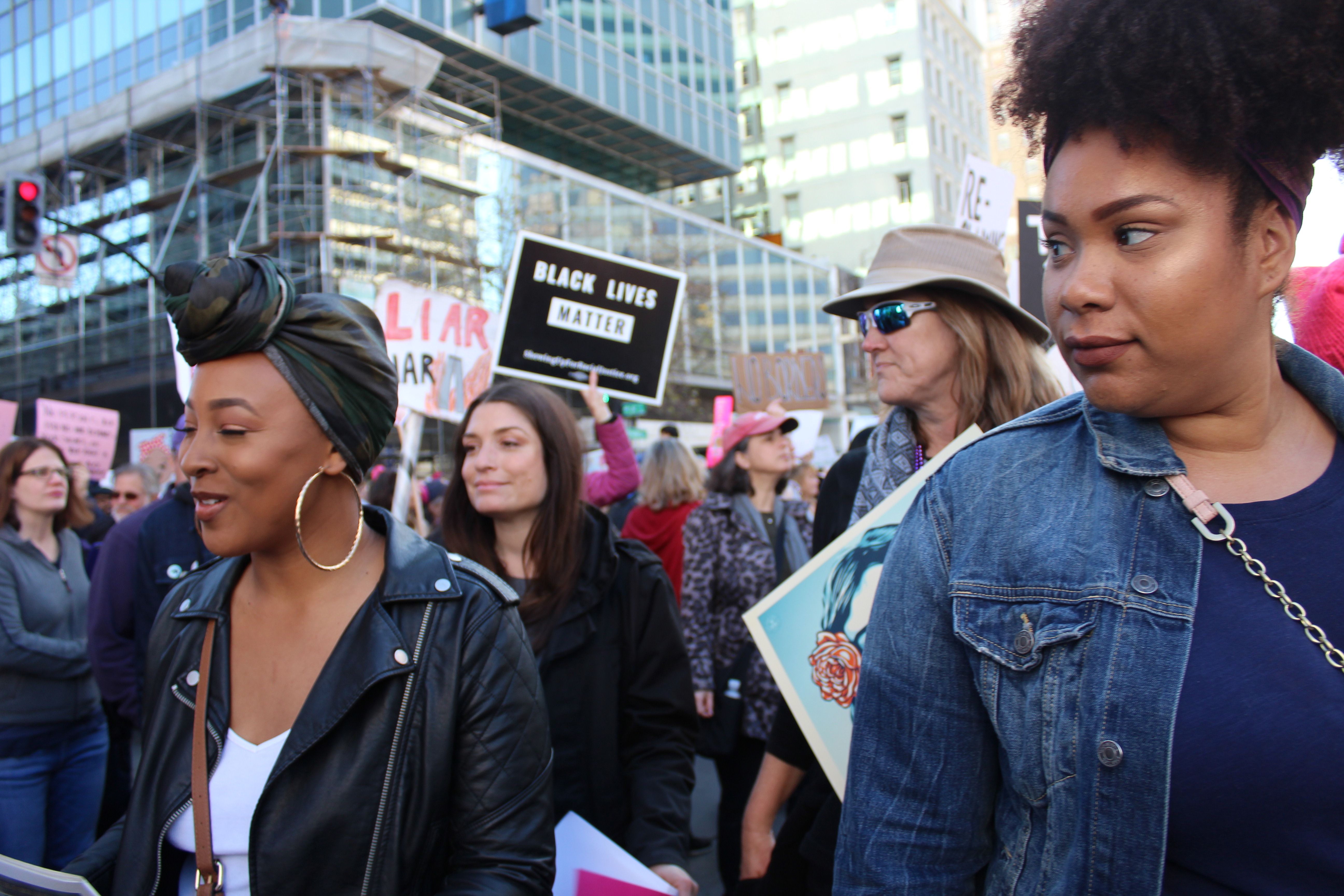 On November 6, Californians will be voting in the 2018 Gubernatorial Elections, an election that will also include elections of lieutenant governor, senators, state representatives, attorney general and several key executive official positions.

Seven Peace and Freedom Party candidates to date have filed to run for statewide office in the June 2018 California Primary. Our current slate of candidates, plus one independent candidate the PFP is endorsing, is as follows.

John Thompson Parker —
Peace and Freedom Party candidate, U.S. Senator
John is a coordinator of the International Action Center, an elected member of the Peace and Freedom Party State Central Committee, and an activist with the Workers World Party. He is a socialist who seeks to represent the working class rather than the billionaires. John says, “In these days when the Trump administration is trying to divide and weaken the working class, solidarity in each other’s struggles is our most important weapon.” Among John’s top priorities as a U.S. Senator include stopping police killings, redistributing monies devoted to “endless wars” into social necessities such as free healthcare, and ending the prison-industrial complex.

On Tuesday, December 12, a well-attended forum discussed the role of independents and third parties and their prospects to replace (or supplement) the 2-party duopoly in the 2018 elections and beyond. Gloria La Riva, the Peace and Freedom Party’s candidate for Governor in 2018, was one of the speakers at the forum, which was hosted by the Santa Clara County P&F Party (and co-sponsored by other organizations). Party Chair Kevin Akin was also in attendance.

C. T. Weber of Sacramento is the Peace and Freedom party nominee for the position of Secretary of State in the November 2018 statewide election. This following is his statement to the people of California.

Do you feel that your vote doesn’t count? No one in government is paying attention to your issues? You’re not alone.

Polls show large majorities want a third party, but bipartisan election laws, private money, and the corporate media prevent this and deny representation for many of us, making democracy an illusion.

Many countries use Proportional Representation to elect multiple legislators from each district, with parties and independents elected in proportion to their number of votes. Fewer votes are wasted, gerrymandering ceases to be useful, there are higher voter turnouts, and those elected are more diverse. If a party gets half the votes it gets half the seats, not all of them. If a party or independent candidate gets 10% of the votes, that party or candidate gets 10% of the seats, not none of them. That way the majority is protected and minorities get voice and representation. Let’s replace Top-Two with Proportional Representation.

In addition to replacing that horrible Top Two election system that limits voters choices to only two in the general election, with Proportional Representation so that the various constituencies are represented in proportion to the number of votes received, and getting the corrupting influence of big money out of politics by allowing equal public funding of ballot-qualified candidates, C. T. wants to make sure that our elections will be secure and transparent by establishing publicly owned, open-source paper ballot voting systems throughout California.

Let’s get money out of politics. Money has corrupted our political system. Let’s establish a clean money type of equal public funding to those candidates who raise a base amount. Make these costly voter information guide statements free again.

Please vote for me to show your support for fair and open elections.

For those in San José and Santa Clara county who are interested in sending the two-party duopoly a serious message beginning with the 2018 elections, we’ve got the event for you. Next Tuesday, December 12, the San José Peace & Justice Center (48 S. Seventh Street, San Jose) is the venue for the Green Party of Santa Clara County’s forum Independent and Third-Party Voices: 2018 Elections and Beyond.

A “lively and interactive exchange of ideas and strategies on reclaiming our democracy with the growing voice of independent and third parties” is promised. The Peace & Justice Center’s own Sharat Lin will preside over a roundtable discussion/Q&A featuring four speakers representing a nice cross-section of third-party activity in California. These include: