We have 488 guests and no members online

On March 3, 2020, Peace & Freedom Party voters will not only be casting ballots for candidates running for statewide offices or state assembly; they’ll also be voting to head up the PFP ticket in November as the party’s nominee for U.S. President.

Howie Hawkins of New York seeks the Peace & Freedom nomination for president. His introductory statement runs below. For more on PFP campaigns, candidates and endorsees in the 2020 elections, click here. 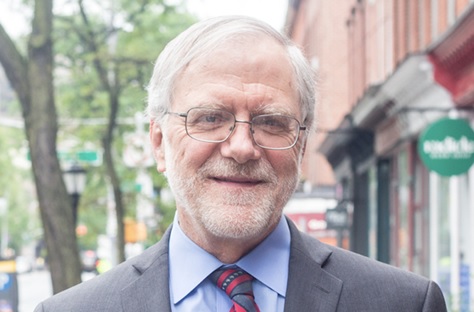 I am a retired Teamster from Syracuse, New York, who was swept up into the civil rights, antiwar, and environmental movements in the San Francisco Bay Area in the late 1960s, when I became committed to independent working-class politics for democracy, socialism, and ecology.

My first party allegiance at age 15 in 1968 was to the Peace and Freedom Party. I co-founded the Green Party in 1984. I was the first US candidate to call for a Green New Deal in 2010 in the first of three New York gubernatorial runs that won enough votes to secure Green ballot lines.

Our campaign has two primary objectives: party-building and ecosocialism. Party-building means strengthening grassroots organization within – and promoting solidarity, joint events, and reciprocal support among – all independent left parties that want to build a mass party rooted in the working class. I am seeking the nomination of the Green Party and other independent left state parties including the Peace and Freedom Party in California. I have already been nominated by the Socialist Party USA. We expect to qualify for primary matching funds and all 51 state ballots.

Our Ecosocialist Green New Deal addresses the climate and inequality crises. Through social ownership and democratic planning of the energy, transportation, and manufacturing sectors, it eliminates carbon emissions by 2030. It enacts an Economic Bill of Rights based on public provision of a job guarantee, a guaranteed income above poverty, affordable housing, comprehensive health care, lifelong public education, and a secure retirement. To end the new nuclear arms race, we call for no first use and unilateral disarmament to a minimum credible deterrent, followed up by urgent negotiations among the nuclear powers for complete nuclear disarmament.

We ask for your vote in the presidential primary and as a delegate to the state convention.