We have 823 guests and no members online

“The two-day conference addressed the illegality under international law of economic sanctions and other coercive measures, as well as the effects of the blockade on the people of Syria,” Roger wrote in his coverage of the event for Counterpunch.org.

Roger was one of 232 delegates who came to Syria representing 52 countries at the event. 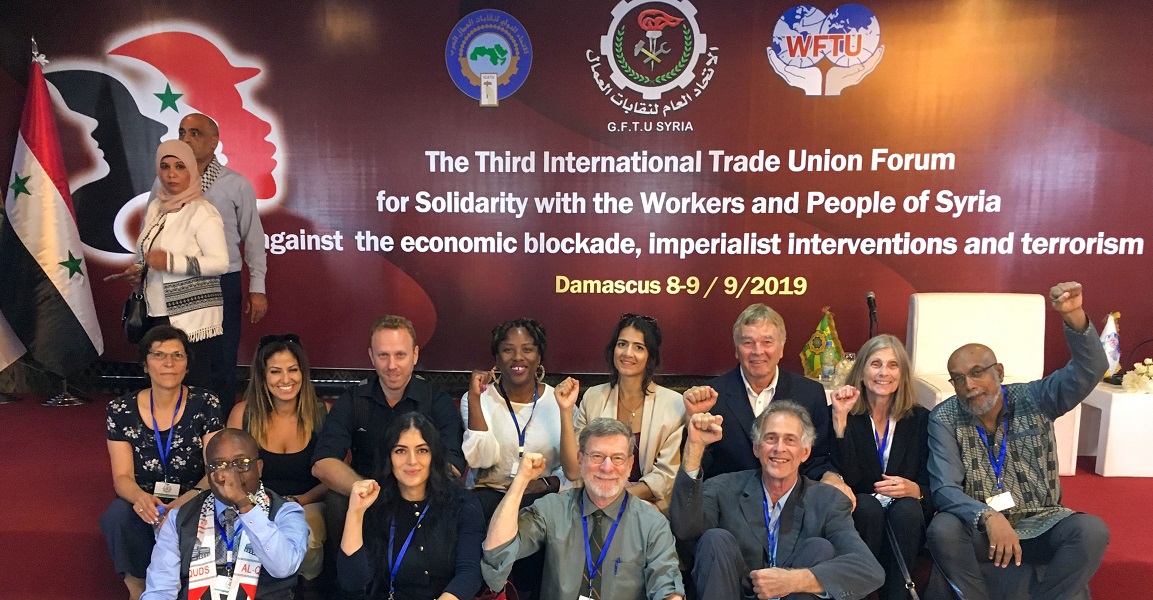 Among the North American delegation of trade unionists, peace activists, and journalists was Ajamu Baraka of the US Peace Council, Black Alliance for Peace, and the Black Agenda Report.

For much more on the happenings at 2019’s International Trade Union Forum in Damascus, click here.